tedxzumbroriver.com
Home Tech PowerPC fork of Firefox that lasted for over a decade has reached... 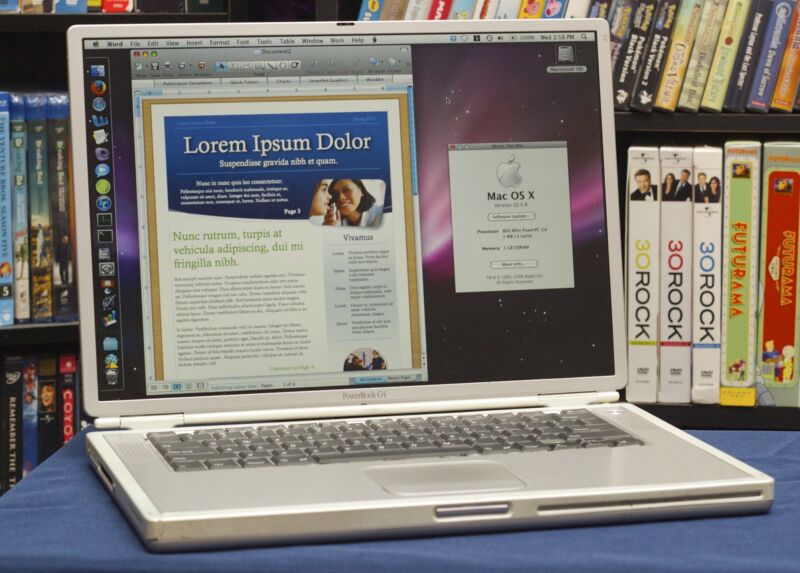 It has been well over a decade since PowerPC Macs roamed the earth—so long that the Intel Macs that replaced them are themselves being replaced by something else. But to this day, there’s a small community of people still developing software for PowerPC Macs and Mac OS 9.

One of those projects was TenFourFox, a fork of the Firefox browser for G3, G4, and G5-based PowerPC Macs running Mac OS X 10.4 or 10.5. Maintained primarily by Cameron Kaiser, the TenFourFox project sprang up in late 2010 after Mozilla pulled PowerPC support from Firefox 4 during its development. And amazingly, the browser has continued to trundle on ever since.

But continuing to backport Firefox features to aging, stuck-in-time PowerPC processors only got more difficult as time went on. And in March of this year, Kaiser announced that TenFourFox updates would be ending after over a decade of development. The final planned release of TenFourFox was earlier this month.

Kaiser’s full post is long, but it’s worth a read for vintage-computer enthusiasts or anyone who works on software—Kaiser expresses frustration with the realities of developing and supporting a niche app, but he also highlights TenFourFox’s impressive technical achievements and ruminates on the nature of the modern Internet and open source software development, saying:

Kaiser doesn’t intend to fully halt work on the browser, but he is downshifting it into what he calls “hobby mode.” He will continue to backport security patches from newer ESR releases of Firefox and post them to the TenFourFox Github page, but anyone who wants to use these will need to build the app themselves. Kaiser also won’t commit to providing support for these additions or providing them on any kind of schedule. Other developers are also welcome to continue to release TenFourFox builds on their own.

There are many reasons why you wouldn’t want to browse 2021’s Internet on a PowerPC Mac, even with a fully supported browser. G4 and G5 processors are an order of magnitude slower than modern Intel, AMD, or Apple Silicon processors, and trying to load a bloated modern website on a machine with just a gigabyte or two of RAM is an exercise in frustration.

On top of that, it has been years since Mac OS X 10.4 or 10.5 have received security updates, and most third-party app developers have long since moved on. Old computers can still run old software, as I learned when I tried to run Mac OS 9 in 2014, but going online or trying to interact with other computers is trickier. TenFourFox and its development blog are testaments to just how hard it can be to swim against that tide.

PowerPC fork of Firefox that lasted for over a decade has reached the end...